To laugh often and much; To win the respect of intelligent people and the affection of children;
To earn the appreciation of honest critics and endure the betrayal of false friends; To appreciate beauty, to find the best in others;
To leave the world a bit better, whether by a healthy child, a garden patch, or a redeemed social condition;
To know even one life has breathed easier because you have lived, This is to have succeeded.”
– Ralph Waldo Emerson 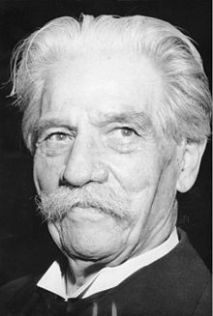 “Success is not the key to happiness. Happiness is the key to success. If you love what you are doing, you will be successful.”

Two roads diverged in a wood, and I—
I took the one less traveled by,
And that has made all the difference.
– From The Road Not Taken, by Robert Frost

Organizations are no longer built on force, but on trust.

The first job of a leader – at work or at home – is to inspire trust.  It’s to bring out the best in people by entrusting them with meaningful stewardships, and to create an environment in which high-trust interaction inspires creativity and possibility.

Above all, success in business requires two things:  a winning competitive strategy, and superb organizational execution.  Distrust s the enemy of both.  I submit that while high trust won’t necessarily rescue a poor strategy, low trust will almost always derail a good one.

We judge ourselves by our intentions and others by their behavior.

– Stephen M.R. Covey, The SPEED of Trust:  The One Thing That Changes Everything

“When mores are sufficient, laws are unnecessary.

When mores are insufficient, laws are unenforceable.”

“Capitalism has reached a point where it cannot evolve meaningfully without solving broader, social problems.”

The leaders who work most effectively, it seems to me, never say “I.” And that’s not because they have trained themselves not to say “I.” They don’t think “I.” They think “we”; they think “team.” They understand their job to be to make the team function. They accept responsibility and don’t sidestep it, but “we” gets the credit…. This is what creates trust, what enables you to get the task done.

“To grasp and hold a vision, that is the very essence of successful leadership.”

“The leader…is rarely the brightest person in the group. Rather they have extraordinary taste, which makes them more curators than creators. They are appreciators of talent and nurturers of talent and they have the ability to recognize valuable ideas.”

Never doubt that a small group of thoughtful, concerned citizens can change world. Indeed it is the only thing that ever has.

he best executive is the one who has sense enough to pick good men to do what he wants done, and self-restraint to keep from meddling with them while they do it.

High sentiments always win in the end, The leaders who offer blood, toil, tears and sweat always get more out of their followers than those who offer safety and a good time. When it comes to the pinch, human beings are heroic. 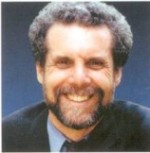 Gifted leadership occurs when heart and head–feeling and thought–meet. These are the two winds that allow a leader to soar.

In the new workplace, with its emphasis on flexibility, teams and a strong customer orientation, this crucial set of emotional competencies is becoming increasingly essential for excellence in every job in every part of the world,

Life without passion would be a dull wasteland of neutrality, cut off and isolated from the richness of life itself.

“Keep away from people who try to belittle your ambitions. Small people always do that, but the really great make you feel that you, too, can become great.”

“The time to repair the roof is when the sun is shining.”

It’s not hard to make decisions when you know what your values are.” 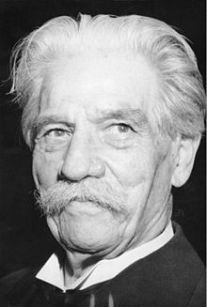 “I don’t know what your destiny will be, but one thing I know: the only ones among you who will be really happy are those who have sought and found how to serve.”

“Education is the most powerful weapon which you can use to change the world.”
― Nelson Mandela

“When you know better you do better.”

“Intelligence plus character-that is the goal of true education.”
― Martin Luther King Jr.

“I am not a teacher, but an awakener.”
― Robert Frost

“Yesterday I was clever, so I wanted to change the world.  Today I am wise, so I am changing myself.”

“Children must be taught how to think, not what to think.”
― Margaret Mead

“The secret of education lies in respecting the pupil. It is not for you to choose what he shall know, what he shall do. It is chosen and foreordained and he only holds the key to his own secret.”
― Ralph Waldo Emerson

“Education is a progressive discovery of our own ignorance.”
― Will Durant

“There is no school equal to a decent home and no teacher equal to a virtuous parent.”

“True education does not consist merely in the acquiring of a few facts of science, history, literature, or art, but in the development of character.”

“The home is the first and most effective place to learn the lessons of life: truth, honor, virtue, self control, the value of education, honest work, and the purpose and privilege of life. Nothing can take the place of home in rearing and teaching children, and no other success can compensate for failure in the home.”
― David O. McKay

“The whole purpose of education is to turn mirrors into windows.”

“Education isn’t for getting a job. It’s about developing yourself as a human being.”
― Liz Berry, The China Garden

“It is always a much easier task to educate uneducated people than to re-educate the mis-educated.”
― Herbert M. Shelton, Getting Well

“Admission of ignorance is often the first step in our education.”
― Stephen R. Covey, The 7 Habits of Highly Effective People

“Too often we give children answers to remember rather than problems to solve.”
― Roger Lewin

“Teachers have three loves: love of learning, love of learners, and the love of bringing the first two loves together.”
― Scott Hayden